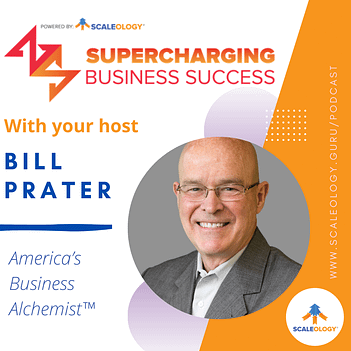 Go to www.erikluhrs.com/epiphany and there you'll find my self-diagnostic epiphany process. Most people who took it seriously said that it made them cry, it loosened some side of them that needed shaking, and some say that they can't look at themselves or their business the same way after going through the questions.

Erik Luhrs is the creator of Beyond the Brain Higher Performance Coaching, The GURUS Selling System, Subconscious Lead Generation and the Peerless Positioning method, and author of BE DO SALE. He helps executives and entrepreneurs become who they desire to be and achieve what they desire to achieve by aligning what is beyond their brain with what is in their business.

Erik ideally likes to work with executives or entrepreneurs who are successful but they somehow felt that they're not experiencing the life that they could have. They think that their personal life and business doesn't seem to be aligning well or doesn't seem to have any movement going on. They felt that they're stuck in multiple areas. When it comes to tangible things, their revenue & company status remains stagnant; life and business seems like on autopilot that's going in circles, rather than the autopilot still taking them to their destination. These folks try to solve the 'symptoms', they try the new marketing or sales tactics by themselves. They may try to put a band-aid on one thing but it's going to pop out somewhere else because they haven't addressed the actual problem that's causing the symptoms. Erik gave a very interesting explanation of the difference between high performance and high-ER performance. He says that some are hyper performing in one area of life and ignoring others. We need to expand as people and by doing that, you need to expand with your higher self.

Erik’s Valuable Free Action (VFA): When they put aside what I called the "Facebook revenge list" which is the things they think they want because everybody else has them. Sit down and think about what you truly desire, look at that as a tree. What's the lowest hanging fruit on that tree that you desire but still scares you to go for it? That thing which is outside your comfort zone that scares you a little bit - just commit going for that. Then that will start the cascading effect.

“Some feel like life and business are on autopilot. Rather than the autopilot still taking them towards their destination, it just seems to be going in circles" – Erik Luhrs